Coastline Housing has partnered with Cornwall Council and other organisations to help homeless people in the county through an innovative outreach project.

As a tourist destination, Cornwall markets itself as a place of contrasts. From rugged surfing beaches on the north coast, to secluded sub-tropical gardens on the south coast. From cream teas and pasties, to Padstow’s Michelin-starred restaurants.

But for those that live here all year round, it’s a place of contrasts of a different sort. Between Trip Advisor ‘Certificates of Excellence’, and Indices of Multiple Deprivation. Between the Hidden Hut, and ‘hidden’ homelessness.

For many, it is a surprise to hear that homelessness is a problem in Cornwall. But from 2010 to 2017, Cornwall was in the Top 10 of local authority areas for rough sleeping.

In part, the reasons for this are the same as for urban areas more commonly associated with homelessness and rough sleeping. Austerity in particular, with cuts to the budgets that support people when they need help, and which help pay to ensure people have a roof over their head.  But some of the reasons are different.

Cornwall, like many other rural areas, has a shortfall of quality, affordable housing. Only 10% of properties in Cornwall are social housing, compared to about 17% for England as a whole. Of the private rented housing stock that people must then fall back on (if they can afford to), nearly 50% does not meet the Decent Homes Standard.

Cornwall’s size and rural setting means that affordable homes, and the support services people rely on, are scattered far and wide. Nearly two thirds of people live in places with populations of less than 3,000. It would take you nearly two hours to drive from Launceston to Land’s End. Don’t even think about how long it would take by bus.

Rural poverty also plays a role. With good intentions, we often tell people “you’re only two pay packets away from being homeless”. But the truth is that some people are much more at risk than others. Poverty is a powerful predictor of homelessness, and Cornwall ranks in the bottom quartile for employment and income in the Indices of Multiple Deprivation, with average earnings around 20% lower than the UK average.

But having painted a bleak picture, there is good news. We’ve had success over the last three years, with rough sleeping numbers dropping by an average of one third every year since 2016 to 2019, from 99 to 24.

To achieve this, we’ve had to develop approaches that reflect the challenges we face in such a dispersed rural county. A key part of this has been working in partnership with different stakeholders on an innovative approach to outreach work. Through the government’s Rough Sleeper Reduction Strategy, Cornwall Council, Coastline Housing and St Petrocs secured funding for ‘Nos Da Kernow’ (‘Goodnight Cornwall’ in Cornish). This project is not aimed at ‘no second night out’, but at ‘no first night out’.

The Nos Da Kernow team travels the lengths and breadth of the county to work with people at risk of homelessness, often sofa-surfing. Over a three-year period from 2017 to 2020, 650 people received support. It is estimated that this prevented 478 people from sleeping rough. Cause and effect is difficult to establish, but it seems likely to have had a significant impact in reducing the number of people having to sleep rough in Cornwall.

But there is still a need, even in a rural setting, for an approach that brings people together in a setting where high quality support can be provided. Recognising this, Coastline, in partnership with Cornwall Council and Home England, invested in a new direct access homeless centre in Pool. This building, ‘Chi Winder’, opened in 2019 after ten years of hard work, setbacks, and the occasional tear (mainly from me).

It is a place with 18 private rooms, and also with a GP surgery, quiet rooms and a commercial kitchen. A place that when people moved in they said it finally felt like someone believed in them, like someone was willing to invest in their future. A place of such quality that it was named ‘Devon and Cornwall Building of the Year 2019’. A building for Cornwall to be proud of, to help tackle a problem the country should be ashamed of.

Join us 6-10 July in promoting the great work that rural housing associations are doing across the country. Share your photos, videos, blogs and case studies using #RuralCommunitiesTogether.

Local lockdowns: information and next steps
At a challenging time for the sector, the role of finance and treasury is critical

How we’re engaging our rural customers in Together with Tenants 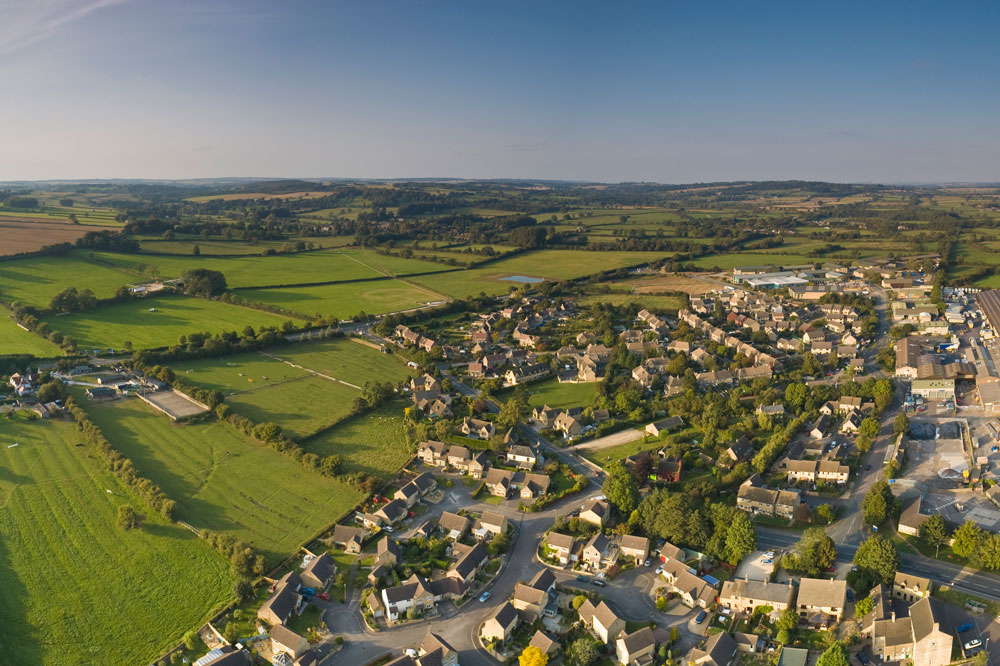