The battle against the coronavirus has placed directly elected Metro Mayors in the spotlight like never before. Greater Manchester Mayor Andy Burnham, West Midlands Mayor Andy Street and Liverpool City Region Mayor Steve Rotheram have appeared on the nation’s TV screens as much in re­­cent weeks as the Prime Minister himself. A new face will join the cast next May when the voters of West Yorkshire will go to the polls to choose their first directly elected Metro Mayor. They will represent 2.25 million people and hold the fourth largest political mandate in England.

A West Yorkshire devolution deal was agreed with the government in March of this year. Under its terms, the Metro Mayor will act as Chair to the West Yorkshire Combined Authority (WYCA) which is comprised of elected representatives on Bradford, Calderdale, Kirklees, Leeds and Wakefield Councils. Working together, they will have responsibility for a broad range of policy areas including housing, land, transport and adult skills. A £38m annual growth fund, alongside other key spending decisions, will also be under their control.

The forthcoming mayoral election campaign presents a golden opportunity to place housing at the heart of the debate, and also to make the provision of many more affordable homes a policy priority when the winning candidate takes their place at the head of the new devolved administration. To that end, 10 housing associations headquartered in West Yorkshire have come together to agree a prospectus setting out how we can work in partnership with the Mayor and WYCA to deliver a shared vision.

Collectively, housing associations provide 91,500 homes across the five districts of West Yorkshire. These are a mix of properties for social rent, affordable rent, leasehold and low-cost ownership. Over the last three years, we have built 2,100 new affordable homes. We are also major contributors to the regional economy. West Yorkshire housing associations generated a combined turnover of £710m in 2018-19 and reinvested this in the areas we serve, including through local suppliers. We employ more than 3,800 people including 90 apprentices and, in the last financial year, helped 3,200 West Yorkshire residents into work and training.

Our policy proposals are crafted around five integrated ambitions that support the West Yorkshire devolution deal. Whilst providing more and better homes will always be the cornerstone of our work, there are other objectives that we can play our part in enabling the Mayor to meet. These include regenerating local areas, connecting people to economic opportunity, tackling the climate emergency and fuel poverty, and supporting health care and homelessness. As one of the most ethnically diverse regions in the country, we also want to enhance West Yorkshire’s position as a standard bearer for inclusion and create pathways to first class affordable homes and a better quality of life for people of all ethnicities.

Over the coming months, my colleagues and I will be engaging with prospective candidates and all political parties on a non-partisan basis as the countdown to polling day gathers pace. As well as increasing awareness of the work we do, the region’s housing associations will endeavour to build a consensus around how our five integrated ambitions for West Yorkshire can be met in partnership with the Mayor and WYCA.

The pandemic has made life challenging for everyone, but especially for those living in some of the most deprived parts of West Yorkshire where housing associations are active. We are proud to serve these communities and look forward to working closely with the first directly elected West Yorkshire Mayor to do much more. 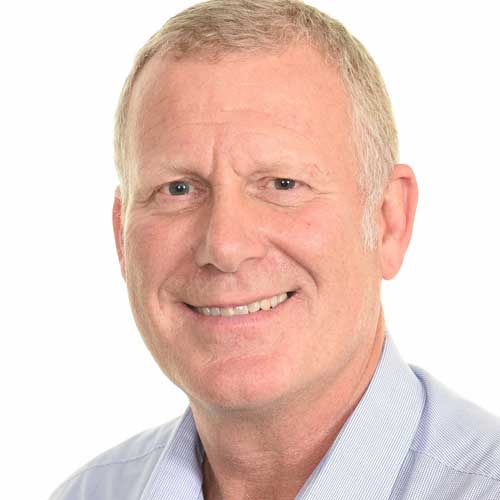 Homes for the Ox-Cam Arc