The Government has responded to feedback on its recent Planning reform: supporting the high street and increasing the delivery of new homes consultation.

The consultation identified a number of areas where Permitted Development rights could be extended. These ideas included upward extension of existing buildings, allowing demolition and rebuilding, and more changes of use without a full planning application.

The Federation responded to the consultation in January, drawing on significant member input. We raised concerns about the poor quality of many homes created through recent relaxations of Permitted Development, their lack of contributions to affordable housing and the lack of professional oversight over important changes to our built environment. We also reiterated concerns about the under-resourcing of local planning departments, which makes development through the regular process more difficult than it should be.

Government’s initial response was announced via a written ministerial statement on permitted development rights alongside the Chancellor’s Spring Statement. It and the more recent, fuller response confirm:

We will seek further engagement on the detail of the upward extension and quality issues and have already been in touch with the Government about the Future Homes Standard.

The Government also responded to feedback on extending local authority freedoms to dispose of land at ‘undervalue’ in pursuit of wider policy objectives. There was considerable support for increasing such freedoms, including from the Federation. However, the Government’s response is simply that will “announce the way forward in due course”.

If you have any comments or concerns about the recent announcements, or would like further information, please contact Duncan below.

Changes to standards for new homes 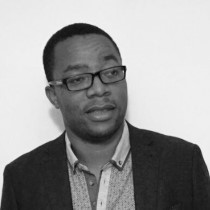 So, what’s the big deal about BIM?